Born in Badharwa Fateh Mohammad village, under Dhaka subdivision of East Chamapran district in Bihar in 1948, the son of zamindar and poet Nazir Ahmed Rashid, he was the eldest of six children, three brothers and three sisters. 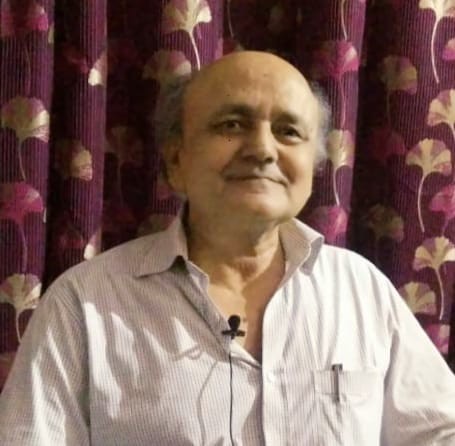 An alumnus of LS College Muzaffarpur (from where he graduated with English Literature), he was interested in journalism and travelled to Uttar Pradesh’s Capital Lucknow in 1975, some 15 years after his marriage to Ashghari Beghum in 1960. He studied in Dhaka High School from Class VII as was the norm in those days. And he learned Arabic, Urdu, Persian and other languages at his house from private tutors and maktab.

In Lucknow, he cut his teeth with the National Herald. Later on he moved to other national dailies, including The Pioneer, the Times of India. After working in UP for years, he moved to Delhi, joining India’s first Muslim fortnightly English magazine Nation and the World as an Editor and worked there for years under the chief editorship of former bureaucrat and Aligarh Muslim University Vice Chancellor (late) Saiyid Hamid.

Mohammad Zeyaul Haque served as the Soviet Information Bureau. After quitting Nation and the World he was founder Editor of Encounter and a Foreign Affairs Journal. Also, he edited Milli Gazette. Currently, he was media consultant, IOS.

His articles were published in Al Jazeera English. He was a regular contributor to Down to Earth. Besides, he edited books and wrote reports for several publications.

His editing skills were extraordinary as over years of practice had helped him master the art of embellishing even a sloppy copy into a well-written one. Mohammad Zeyaul Haque was Mr Perfectionist and expected immaculate copy from his junior colleagues and contributors. He used to go hopping mad after seeing poorly-written copy.

He strongly believed that if you want to be a prolific writer become a voracious reader. He spent most of his time reading different book genres. Also, he was a food buff.

Besides reading and writing, a down-to-earth Mohammad Zeyaul Haque had interest in weightlifting. He got hooked to weightlifting at the age of 13 and was regular at it. He had all weightlifting items at his house in Johri Farm. Interestingly, he always encouraged youngsters towards weightlifting to stay fit.

Even after getting pacemaker and doctors’ suggesting him not to exercise, he didn’t give up weightlifting. Whenever he had time, he used to go for long walk with his junior colleagues. At the age of 71, he looked just 60 and was full of energy with insatiable appetite for knowledge. Though highly talented and a walking encyclopedia, he was an introvert who failed to market himself in the cut-throat competitive journalism world. He was among India’s top editors.

Clean shaven, tall, well-built with sharp features and fair complexion, Mohammad Zeyaul Haque was a religious but very broad minded person with good understanding of Hindu and other religions other than Islam. In his last days of life, he was editing the English translation of the Quran by Zafarul-Islam Khan.

He never missed his prayers throughout his life. At the age of 18, he took his grandmother to Haj.

Besides English, he had command of Arabic, Persian, Urdu, and Hindi. He was a polymath. Though he had laptops, PC and smartphones at his disposal, he was more comfortable editing books with pen and copy. He rarely used smartphone.

He always was willing to guide youngsters and wanted them to be go-getter.

After his son Mohammad Vaqas and daughter-in-law tested Covid positive days ago, he was kept on watch in his house. As he had no serious symptoms for corona in the beginning days, he had started his routine editing and reading work, which he was head over heals in love with.

After both his family members recovered from the infection, soft-spoken Mohammad Zeyaul Haque was tested Covid positive a few days ago.

His condition deteriorated on April 21 when his oxygen level drastically decreased hovering between 40 and 50. It was then that his two sons, Mohammad Vaqas, editor at India Today Hindi and Mohammad Arafat, a management officer, took him with great difficulties from their first floor Johri Farm house to the car on the ground floor from where he was zipped to Holy Family Hospital.

His wife, who is in ICU undergoing treatment after Covid positive in a separate ward of the same hospital, was unaware that her husband too has joined her in the hospital.

Mohammad Zeyaul Haque got cardiac arrest on April 22 evening. Besides Covid complications, he was suffering from a serious ailment for years of which he was taking medicines. Doctors at Holy Family Hospital were able to revive him, but after a few minutes he died.

Mohammad Zeyaul Haque, who has left behind two sons and a daughter, a Professor of English at DU, was a family man. His house was always overcrowded with his relatives and even strangers and relatives were welcomed.

Despite spending more than half of his life in Lucknow and Delhi he was in touch with his village relatives and always interacted with them and guided them whenever they looked at him.

Mohammad Zeyaul Haque was a very compassionate person and always welcomed guests, only sharing good things with his juniors, colleagues and relatives.

He used to say graveyard is for rest. He was laid to rest at ITO graveyard.