Okhla resident Syed Sahil Agha, an alumnus of Jamia Millia Islamia, is not only reviving the lost art of Dastangoi storytelling in India but is also preserving top end cars once used by erstwhile Rajas and Nawabs. 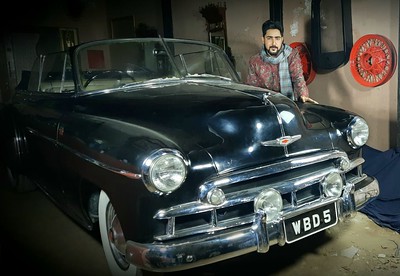 The oldest sports car (Standard Sports) that he has in his possession dates back to 1929 of Lakhimpur Nawab. The other one, he said is a Singer 6 of 1931. And surprisingly they are the only two in the whole world. 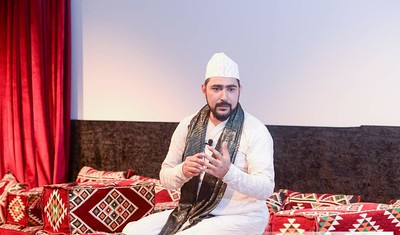 His collections included American and British cars with a few being used on country’s road in pre-Independence India. Sahil told the OT from his Abul Fazal Enclave house that he got attracted towards vintage cars and antiques while studying at Jamia Millia Islamia.

He did his graduation in Islamic Studies from Jamia years ago.

Thirty-eight-year-old Sahil said it was 21 years ago when he bought his first vintage car and since then he has not looked backward. When asked where he finds space to park his vintage cars, he said some 30 cars are parked in Gurugram and 20 in AFE. On being asked whether he faces difficulties in maintaining them, he said: “One time maintenance is required. I had space and I bought them. I want them to be preserved.”

He said he has one car of Nagar Raja King which he bought years ago from his daughter.

Besides loving vintage cars, Sahil is also a Dastango and has organised show outside India. “I have represented India and won sever awards. The latest was in Dubai where I got the award,” he said.

Wikipedia has also a page on Dastangoi carrying Sahil’s photo.