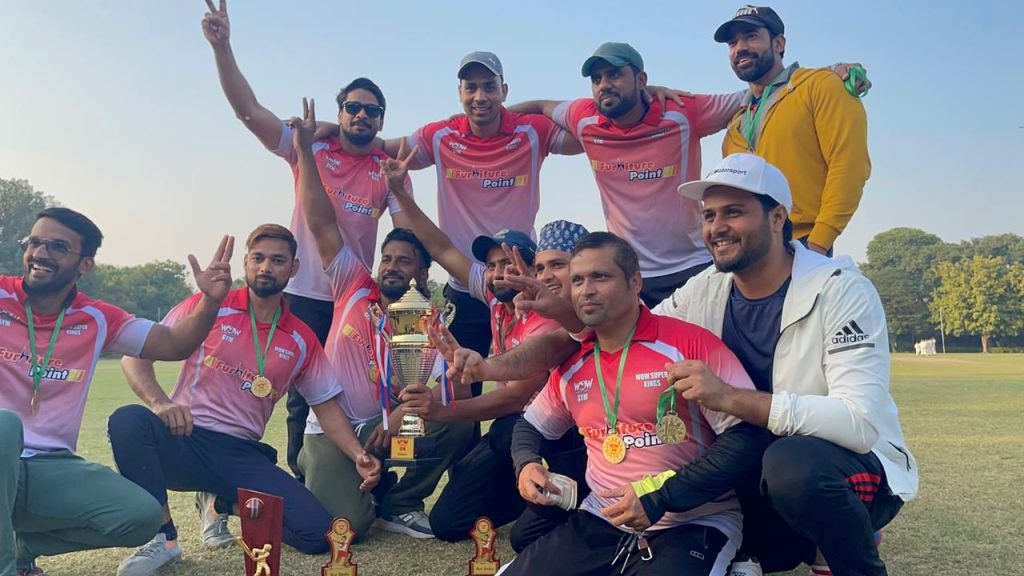 The final of the T25 leather ball cricket tournament played at Jasola Sports Complex on Saturday saw some stellar performance from bowlers and batsmen.

Batting first Wow Champions scored 193 runs in 25 overs, which at that time appeared impressive. But Wow Super Kings’s batsmen blitzkrieg was no match. The team romp home by achieving the set target in 22.1 overs. Wow Super Kings lifted the trophy winning the match by a huge margin of five wickets.

Wow Champoins two pacers Nasir Sheikh and M Zafar took two wickets each, but other bowlers couldn’t find the right rhythm to stop the opponent from scoring the required runs. It was one sided match.

Trader Md Yaseen, 35, who organised the tournament, said the champion team was given Rs 15,000 in cash whereas the runner-up Rs 7,000.

The highest scorer from Wow Champoins was Nasir Sheikh 43 followed by Danish 33 and others contribution was insignificant. The team struggled to build up a partnership to pile up a huge score.