Fire broke out in Abul Fazal today in the morning at about 3 am, said a netizen, adding that all people in the  neighborhood were sleeping and they suddenly felt  smoke coming to their houses and it became difficult to breath, however, we were lucky that the fire was distinguished and nobody was hurt. 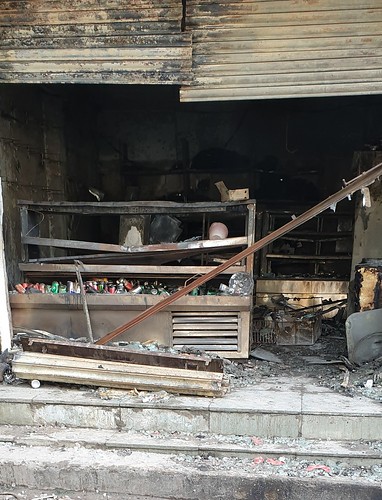 Early morning many residents were seen outside the shop at pilli pullia talking about the incident. People were heard talking that how fire brigades came and doused the fire. Though many talked about short circuit for the blaze but official version is awaited.

Some people were heard talking that residents were lucky that the fire didn’t spread as some even rushed to douse the fire after seeing smoke billowing from the shop.

Many Okhla residents still remember several fire incidents in the past in which even lives were lost. In one such fire incident in AFE years ago, a resident had saved several lives. The Zakirn Nagar fire incident is still fresh in which several deaths were reported. Then too the fire had broken due to short circuit.

“The fire department would need extra manpower. So, a preparedness plan has been chalked out to tackle a busy summer and it will be reviewed from time to time,” he added.

“As per requests received from the local authorities in such areas, we plan to make special arrangements by setting up smaller units there. Outpost fire stations such as Narela and Khera Dabur will be strengthened to deal with crop fires,” he said.