Asad Hussain, 50, a resident of Shaheen Bagh died at 10.30 am on Wednesday, according to Tahir Ali.

Tahir told the OT over phone that Asad felt some uneasiness in the morning and was rushed to a local doctor where he was declared brought dead.

BE AN AGENT OF CHANGE, THIS MONTH OF CHARITY. DONATE RS 100, 500, 1K or MORE TO SUSTAIN COMMUNITY JOURNALISM SUPPORT US: JUST CLICK TO PAY 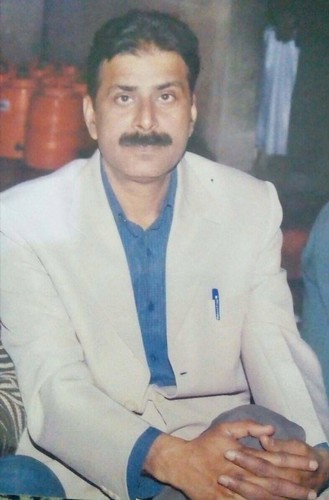 Samajwadi Party leader in Okhla, Tahir also shared a photo and details about Asad on his timeline soliciting several comments. Basically he was from Agra in Uttar Pradesh and was associated with SP in Okhla, said Tahir, adding that he studied at Jamia Millia Islamia.

He said Asad was laid to rest in Shaheen Bagh graveyard after 10 pm. “Earlier it was decided to lay him to rest after maghrib prayer, but we waited for her sister who reached Delhi late,” he said, adding that Asad was SP activist and a realtor.

He is survived by three children and a wife, he said.

Other Okhla netizens also shared on their timeline about the demise of Asad.