Family members and neighbours bid tearful adieu to Nishat Javed, who died on Monday morning in Jasola, according to residents. 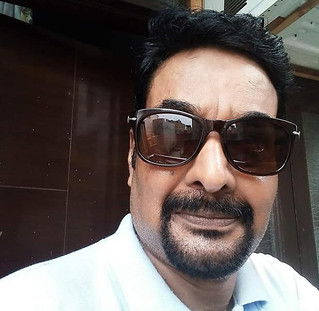 Suffering from heart disease and other ailments, Nishat Javed was rushed to a hospital in the morning when his condition deteriorated. He was declared brought dead by doctors in a Delhi-based hospital, said neighbours. Nishat Javed, 58, was laid to rest in Shaheen Bagh graveyard after zuhar prayer.

His death was mourned by his friends and relatives on social media. Ashish Agrawal wrote: “Nishat Javed, the most cheerful, charming, lovable friend, brother and a colleague of mine for past 35 years left for heavenly abode today morning. He had a massive heart attack and bid last goodbye on his way to the hospital.

“A style icon, star attraction for his witty nature, jokes and passion for singing was known to every MITian between 1985 and 90. He carried the lovely relationship with all his known, unknown friends until his last breath. Please pray for his soul to rest in peace and courage to his family to face this tough time.”

Nishat Javed was loved by his friends.

After coming to know about his death, many of his friends, including Md Shamim, came to Okhla from Old Delhi to condole his death.

“I was shocked to know about his death. We did graduation together from a university in Bihar and since then we were in touch. He was like a brother to me,” said Shamim.

After coming from the Middle East where he worked for years, he settled in Okhla three years ago with his family members. Nishat Javed was unwell for years and after suffering Covid his conditions never improved despite the fact that he had recovered from the infection months ago, said his friend.

Nishat Javed has left behind a wife and 2 daughters. His father, a retired government employee, resides in Okhla with his daughter.

Nishat Javed’s brother is based in Arab and was unable to attend his last journey. Mohammad Arshad wrote on his timeline: “My elder brother Nishat bhaijan left us today morning. May Allah grant him highest place in Jannatul Firdos and forgive his sins… I will miss you bhaijan you will always be in our hearts.”