Virtual Mushawarat, apex body of Indian Muslims, is for sale!

In this age when world over efforts are being made to go digital, the All India Muslim Majlise-e-Mushawarat, an Apex Body of Indian Muslims, has gone offline. Its domain mushawarat.com is for sale!

JOURNALISM CONSUMES MONEY, TIME. SUPPORT US JUST CLICK TO PAY SO THAT WE CONTINUE TO BRING YOU LOCAL UPDATES. YOU CAN DONATE Rs 100 AND MORE Rs 500, Rs 1,000 AS WELL

Mushawarat watchers said the website had tonnes of important information for researchers and about the organisation and it is really sad to see it going defunct.

The OT spoke with Mushawarat’s president Navaid Hamid to get to the depth of the story.

“When I took over the organisation as its president the website was not working. We didn’t have the password of the website as the outgoing president didn’t provide us. When we failed to get the password of the old website we floated a new one mushawarat,com. However, months ago a decision was taken to stop it due to fund shortage. There is no money with the organisation. Total monthly income of Mushawarat is Rs 30,000.” 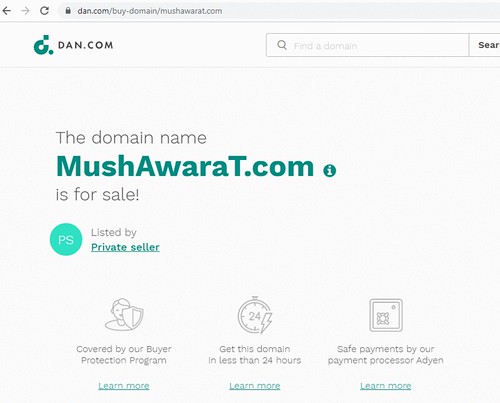 Dr Zafarul Islam Khan, who was president of Mushawarat before Hamid came in, termed the allegation of not giving password to the new post bearers as a pack of lies.

He said during his tenure as the president he never had the website password as it was handled by Mushawarat official who only last year was retrenched.

“The old website floated in 2000 during Syed Shahabuddin’s tenure had 16 years record of the Muslim organisation. Muslim India documentation was put separately. Mushawarat’s history was there,” said Khan, whose tenure at the Mushawarat as its president ended in December 2015.

The old portal carried edited papers by a renowned civil servant and national leader Syed Shahabuddin and some of its files were edited by Dr Khan, said Mohd Alamullah author of a short history of Mushawarat, adding that it had also various valuable and rare documents.

DISCLAIMER: All efforts made to present stories of both sides. If you find any misreporting or factual errors in the copy do drop us an email at iamlocal2020@gmail.com