Jamia National Foundation (JNF) organised a programme for the book-launch of Justice MSA Siddiqui at IICC, New Delhi, on Tuesday, according to the JNF. 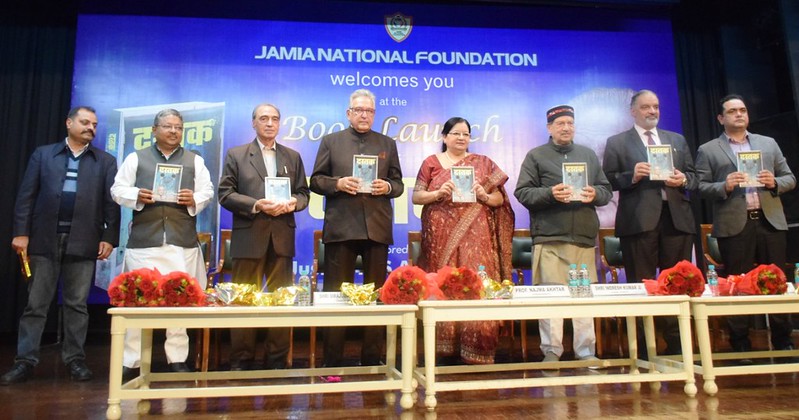 The chief guest of the book-launch ceremony Kumar while addressing the audience said: “Muslims too are the citizens of India and there is no need for them to worry. They just need to understand the feelings of Hindu brethren and respect their faith too.”

He laid great emphasis on Prime Minister Narendra Modi’s holistic vision to see Indian Muslims to have Quran in one hand and a computer in other.

Prof. Najma Akhtar (Vice Chancellor, Jamia Millia Islamia, while delivering her presidential address applauded efforts of Justice Siddiqui and emphasised the need for quality education to awaken people and forthcoming generations. She also stressed on positive thinking and dialogue between the two largest communities of India.

He said time has arrived when both (Hindu and Muslims) should come forward to reduce distance between both the communities and the environment of hate must be changed at the earliest.

Mirza Qamarul Hasan Beg, Secretary – Jamia National Foundation, welcomed the guests, and Khalid Ansari, coordinator of the foundation, delivered the vote of thanks.