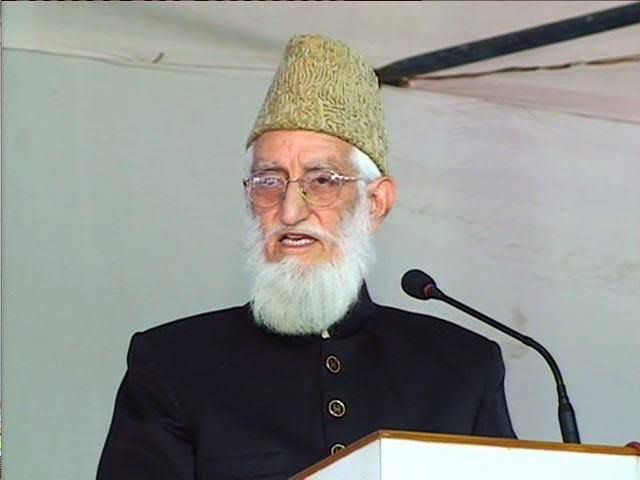 Maulana Muhammad Yusuf Islahi, a world-renowned religious scholar, author of more than 70 books, a member of the Majlis-e-Shura of Jamaat-e-Islami (Hind), passed away in a Noida hospital on Monday late night, according to sources who knew him and his family. He was 89 years old.

Muhammad Yusuf Islahi’s son Dr Salman Asad told the OT over phone from Rampur where the Maulana was laid to rest that his father led the first Namaz-e-Janaza of Syed Abul A’la Maududi, the founder of Jamaat-e-Islami, at Kennedy airport in the US.

Maududi, an Islamic scholar, died on September 22, 1979 in Buffalo in New York where he had gone on a trip. His body was flown to Pakistan where he was laid to rest but during the journey his Namaz-e-Janaza was performed in three places, said a Muslim leader well aware about the development of JIH in India.

The late Maulana was one of my patrons, said Kaleemul Hafeez, a close friend of the family.

Healthy for years, Yusuf Islahi was hospitalised after having lungs complication and was on ventilator for the last 20 days in a Noida hospital, said his son Asad.

Al Shifa Hospital chairman Md Jafar, who knows the family very well, said it was only on Tuesday night when he spoke with Yusuf Islahi’s daughter to find out about his health. “I had called her at 9 pm and she told me that he was doing fine after being hospitalised. We had hope that he would come back but then suddenly at 1 am his condition deteriorated and he couldn’t be revived. He was hospitalised days ago after suffering complications. His family members thought that he had heart attack but in the hospital doctors diagnosed him of pneumonia. He was on ventilator and could not survive,” he said.

“The late Maulana rendered significant services in the field of education. He played a key role in making a girls’ madrassa a prominent institution in the country. He also lit the candle of constructive journalism through the monthly Zikra. It is hoped that his associates, followers and descendants will continue to move forward with his mission and will prove to be a source of exaltation for him,” he said.

Syed Ubaidur Rahman, author of recently published most-talked about book: Biographical Encyclopedia of Indian Muslim Freedom Fighters, told the OT over phone that Yusuf Islahi was down-to-earth person. Since his hospitalisation, month ago there were moments when fake messages were circulated on social media about his death. And to counter the fake information, a video message was also released urging people to pray for his wellbeing and not believe in the fake news,” he said.

Born on July 9, 1932, in Formulli, Attoc district (now in Pakistan), Yusuf Islahi studied at Bareilly in Uttar Pradesh. Later on he did Fazeelat from Madrasatul Islah, Sarai Mir. He was hafiz of Quran and learned Tajweed. He held several posts in JIH and was president of Jamiatus Salehat, Rampur, Islamic teaching centre for girls. He guided Markazi Darsgahe Islami, Rampur.  He was also the patron of the Islamic Circle of North America (ICNA).

He has left behind five sons and three daughters, all well settled.