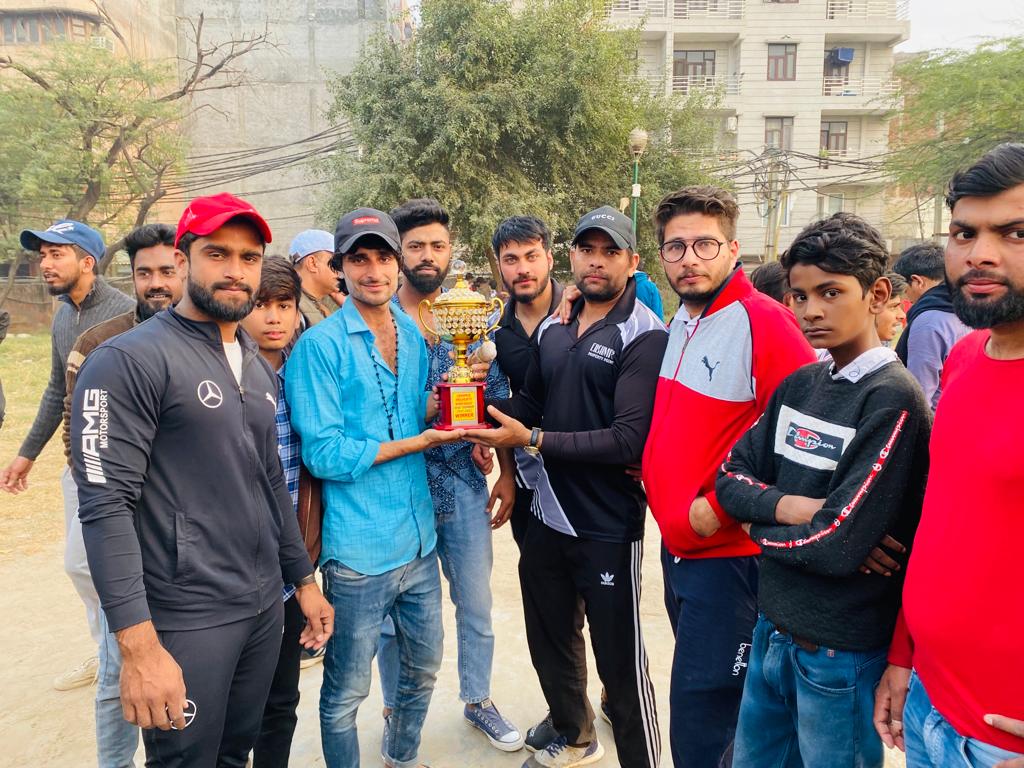 The final of the T12 tennis ball Okhla cricket tournament on Tuesday saw some classy batting and bowling by Zakir Nagar’s Ashoka 11 which won the championship with a huge margin.

Councillor Wajid Khan was the Chief Guest and distributed Rs 31,000 to the winner and Rs 11, 000 to the runners-up from his pocket, said Naseer Khan, the organiser of the tournament. The two other organisers are: Khillu Choudharary and Imran Khan.

After winning the toss, the Ashoka 11 decided to bat first at Ashok Park where the tournament was being played. The team piled up a huge total of 179 runs in 12 overs.

Imran lead from the front and scored 59 runs, giving the required momentum to his team with other batters also scoring fast.

Jasola 11 was under pressure from the word go. While batting second they were unable to put up any resistance and surrendered meekly as the whole team was out for 78 runs thus losing the match with a huge margin.

Ashoka 11’s Nikil Chouhan was the star performer as he took 4 wickets in 2 overs not letting the other batsmen settle down. Zaheer Abbas took 3 wickets. The Ashoka never allowed any space to Jasola and won the match.
The four-day T12 tennis ball tournament was started on Saturday and organised by Zakir Nagar-based Naseer Khan, a businessman.

He said some 16 teams participated in the tournament from across Okhla.