On Sunday train operations at the Kalindi Kunj Metro station were halted for a few minutes to rescue a bird. 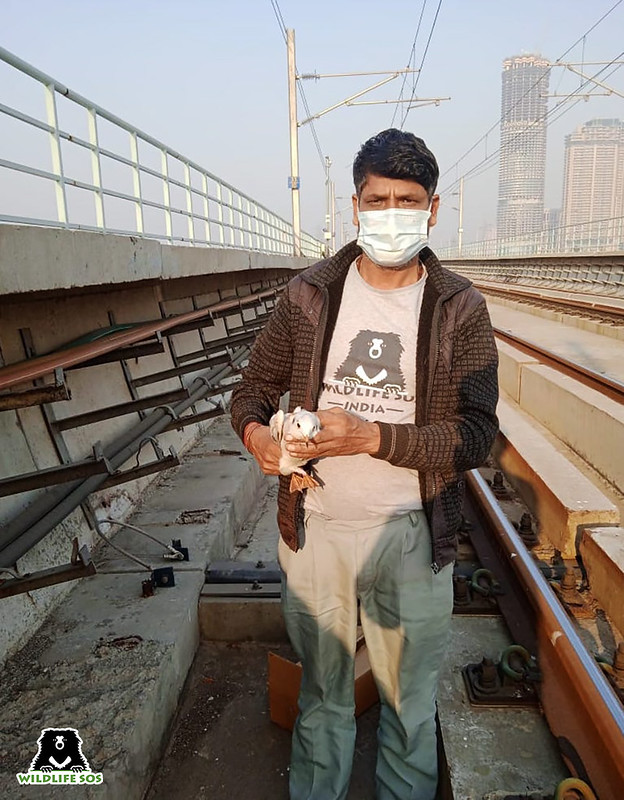 After being informed about the injured bird on the metro tracks at Kalindi Kunj Metro Station, the Wildlife SOS Rapid Response Unit turned up at the spot and rescued an injured brown-headed gull.

Metro functioning was ceased temporarily to rescue the bird. The team promptly transported the bird to the NGO’s transit facility where the bird’s wings were treated.
The bird continues to be under medical observation at the NGO’s Transit Facility and will be released back into its natural habitat once deemed fit, said a staffer on Tuesday when contacted by the OT.

The station controller spotted the gull struggling on the metro track and out of concern for its well-being, he immediately contacted Wildlife SOS.

Kalindi Kunj is a part of Phase III of the Delhi Metro and is on the Magenta Line.
A Wildlife SOS team member subsequently descended onto the metro tracks to rescue the bird.

Kartick Satyanarayan, CEO & Co-founder of Wildlife SOS, said: “Kalindi Kunj is close to the Yamuna Banks and thus attracts numerous bird species. The brown-headed gull is a local migratory species that moves towards the Yamuna during the winter.

“However, the increased pollution of the river that is now covered with white toxic foam can be extremely perilous. We must take action to restore the Yamuna, which is a rich habitat for a multitude of wild animals.”

Wasim Akram, Deputy Director-Special Projects for Wildlife SOS, said: “Rescue operations involving injured birds need to be handled carefully to ensure that the bird does not experience any further stress. The gull’s left wing was severely injured, and it might not have survived if not for prompt and meticulous action on behalf of our Rapid Response Unit.”