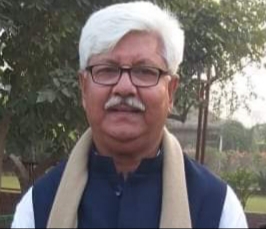 Delhi Police says it has arrested former MLA Asif Mohammad Khan after a video of him abusing & assaulting on-duty MCD staff in Shaheen Bagh area went viral, according to ANI.

Earlier in the morning, Khan’s close associate Wahab Malik said in a message that the former MLA was arrested from his Kalindi Kunj house and taken to police station.

Khan’s another associate and Congress member Advocate Arfa Khanum also informed netizens through her social media post about the development.

Hours after Khan’s video went viral on Friday in which he was seen caning and abusing South Delhi Municipal Corporation (SDMC) staff for allegedly removing hoardings and posters put up by him went viral, the Delhi Police, reported ANI, said: “We are registering a case in connection with a viral video where former Congress MLA from Okhla, Asif Khan was seen misbehaving with some people who had removed a poster outside his home.”

However, Khan said he had no knowledge that the workers were SDMC staff.

“I don’t know who they were. I have also received no call or a message from the SDMC about the incident,” he said. Khan told PTI he had noticed that for quite some time, hoardings put up by him in the Okhla area were quickly removed while those of a local AAP MLA and municipal corporations remained untouched.

“I saw that some men were removing Congress party hoardings and posters near my home in Okhla. When I questioned why they never removed posters and hoardings of other parties, they did not answer. I just taught them a lesson. I have no idea who they were,” he said.

A senior SDMC official said on condition of anonymity that the people being subjected to “disrespect” belong to the civic body, reported the PTI. “The matter has been discussed with deputy commissioner Central Zone. Appropriate legal action is being taken by Zonal Authorities,” the official said.

A case has been registered at Shaheen Bagh police station, reported IE, adding that DCP (Southeast) Esha Pandey said: “We received a complaint from Ram Kishore, MCD Inspector of Lajpat Nagar zone, regarding the incident. He complained that Khan abused and assaulted MCD staff on duty and obstructed government work. We have arrested Khan. The case is being investigated.”