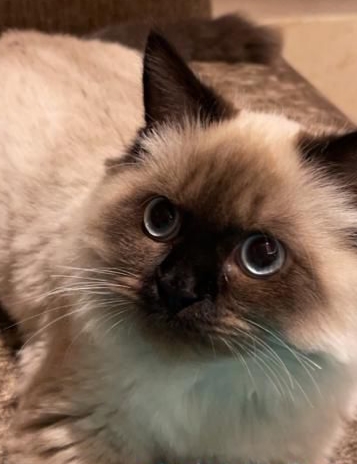 A pet lover, who lost his Himalayan breed cat, around four days ago from Jamia Nagar, has offered Rs 20,000 cash reward to those who can provide information.

Nine-month-old Brownie was bought from Lajpat Nagar a few months ago and was treated like a child by the couple.

Cat owner Imran Khan said it was a few days ago he had left his cat at a friend’s house in Nafees Road before going on a 15-day office tour out of Delhi. It was from here that the pet went missing last Saturday, he said.

“It was playing with my friend’s daughter until Saturday 2.00 pm and after that it went missing, never to return,” he said.

When my friend informed me about the missing cat, we reached his house from Janak Puri and started the unsuccessful hunt.

“We saw the CCTV of a neighbour but couldn’t find anything. I also got a police complaint filed in Jamia Nagar police station. Also, we have posted the missing cat information on the social media, announcing Rs 20,000 reward for information on the pet. You can call on this number to share the information: 9625012896, 9891311683,” he said.

The owner has put posters of the missing cat online with little success.

Since the cat went missing, my wife has stopped eating meal, he said. “I consoled her saying that we will buy a new cat but she is insisting to have Brownie. She was head over heal in love with the cat as it was just like her child,” said Khan.

NOTE: Report on request of the owner, a pet lover.